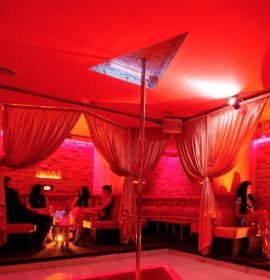 Night club Rocco is well known brand in Slovenian night live, with two clubs , one in Maribor and one in capitol city ,Ljubljana.The first club is open for 15 years, the prestigious strip club in the second largest city in Slovenia, Maribor, on one of the most beautiful cities of this country, is famous not only for its medieval monuments, but also thermal springs and the international ski resort Mariborsko Pohorje, whereby Maribor received the status of the Alpine city.

This is due to the club’s guests structure – a respectable European tourists, mainly from Austria.

The second club is located in Ljubljana ,in teh center of city ,near most popular tourist atractions and best hotels.Ljubljana is well known tourist destination and very common visited by many tourist from central and western European countries.